The Daimler decision provided clarity to corporations regarding the jurisdictions in which they might be subject to suit under a general jurisdiction analysis. Following Daimler, corporations could be subject to suit only in jurisdictions in which their “affiliations with the State are so continuous and systematic as to render it essentially at home in the forum State.” Simply put, general personal jurisdiction over corporations can properly be exercised in their state of incorporation or where their principal place of business or corporate headquarters are located. In a footnote, the Supreme Court left open the possibility that in an “exceptional case” a defendant could be subject to general jurisdiction in another state, but did little to elaborate on what factors would create such an “exceptional case;” and subsequent cases have yet to find one.

Walden v. Fiore3 was decided that same year. In Walden, the Supreme Court provided further insight into personal jurisdiction—this time focusing on specific personal jurisdiction over foreign defendants. The Court underscored that the focus of the inquiry is “the relationship among the defendant, the forum, and the litigation” rather than the defendant’s relationship with persons who reside in the forum. Rather than focusing on the situs of the injury as was done in many prior decisions examining the existence of specific personal jurisdiction, Walden held that the defendant’s suit-related conduct must connect him to the forum state in a meaningful way. Injury might be relevant to that inquiry, but it would no longer be controlling. 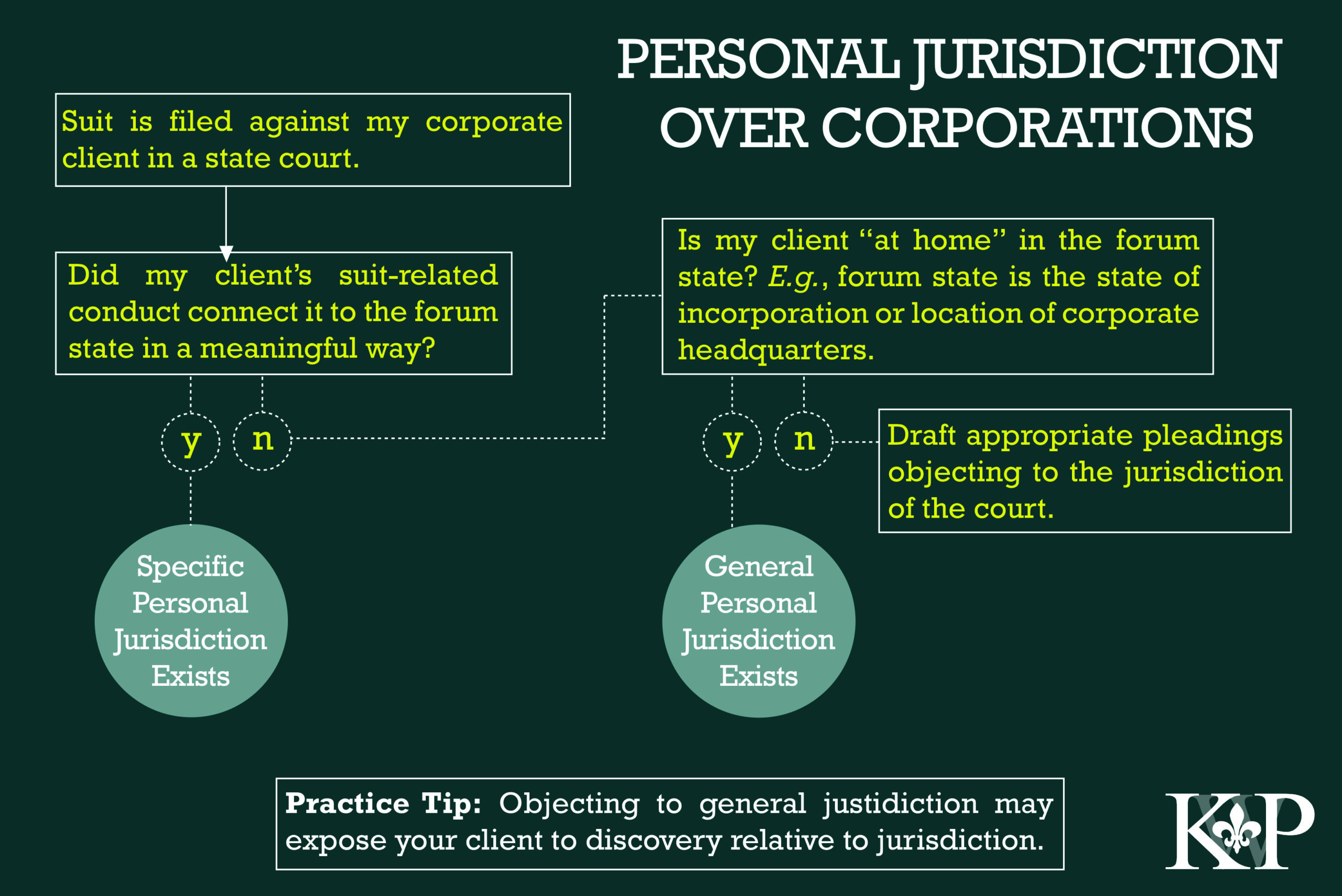 In BNSF, railroad employees filed suit under the Federal Employers’ Liability Act, which makes railroads financially liable for job related injuries sustained by their employees. In two consolidated cases, the Montana Supreme Court held that Montana could properly exercise general personal jurisdiction4 over the railroad because it “did business” within the state under Section 65 of FELA and was “found within” the State under Montana Rule of Civil Procedure 4(b)(1). The Montana Supreme Court further stated that the due process limits articulated in the Daimler decision did not apply to FELA claims or railroad defendants. Writing for eight of the nine members of the Court and reversing the Montana Supreme Court’s holding, Justice Ginsburg explained that the constraints of Daimler apply to “all state-court assertions of general jurisdiction over nonresident defendants; the constraint does not vary with the type of claim asserted or business enterprise sued.”5

Despite repeated references to the “settled” nature of the law, the Court explicitly left open the question of whether the Fifth Amendment imposes the same due process requirements on federal courts’ exercise of personal jurisdiction as the Fourteenth Amendment does on the states’.8 The implication being that these cases signal a marked shift in the jurisprudence dealing with personal jurisdiction over defendant corporations in state courts.

With these cases in mind, new state court matters should be evaluated with a close eye to determine whether the forum’s exercise of general or specific personal jurisdiction over your corporate client is proper.