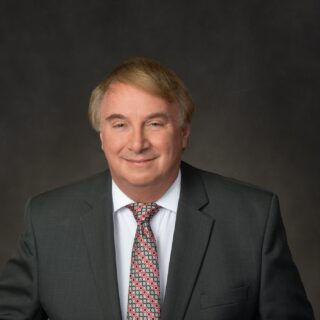 Bob joined Kuchler Polk Weiner near the beginning of 2018 with almost 30 years of experience in all aspects of complex litigation.

Prior to graduating from law school, Bob spent 10 years as an engineer and engineering manager, beginning with hands-on experience installing and starting up computer-based systems, and culminating with organizing and running a group of engineers in a new joint venture performing systems engineering contracts for the government.

Bob has been a frequent lecturer on benzene and toxic tort litigation, including several appearances at conferences hosted by Harris Martin, Mealey’s, and the National Association of Railroad Trial Counsel.

Bob has developed numerous presentations for senior management of clients and prospective clients.

Bob has developed and presented at numerous mock trials for active cases and has presented an expert witness at a conference (fictitious) mock trial.

Bob has prepared many detailed case assessments used by clients to make informed decisions.
For more than 15 years, Bob has represented a major chemical manufacturer as national coordinating counsel on its benzene litigation docket, having lead responsibility for all written and document discovery and handling all aspects of trial preparation.

Bob represented four utility companies in a dispute with the manufacturer of defective nuclear power plant generator equipment. He had primary responsibility for document production and review in which millions of pages were exchanged. The case had over 50 depositions and settled favorably 5 months into trial.

Bob represented senior managers in a lawsuit over their exercise of stock options.

Bob represented a major oil company in a class action alleging nuisance from refinery operations; prepared a successful opposition to the motion for class certification which led to case resolution.

Bob represented a worker who was injured by an unmanned runaway dump truck.

Bob represented the parent of a man killed on a seagoing vessel. He prepared a motion seeking to make new law to avoid limitations of the Death on the High Seas Act, which led to a favorable settlement.

Bob represented the seller of copy machines in a dispute over a breach of warranty.