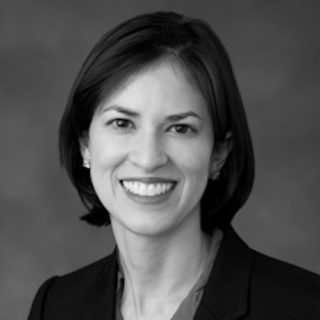 Theresa began practicing law in Houston after graduating from The University of Texas School of Law. She has a wide variety of litigation experience. Initially, Theresa worked on a national products liability team with Shook, Hardy & Bacon representing pharmaceutical and tobacco defendants in complex products liability litigation matters. Additionally, she has helped a small geophysics firm regain lost royalties on projects in Equatorial Guinea, has arbitrated a multimillion-dollar separation matter for a local law firm, and has handled probate and estate matters. Theresa also has the unique experience of having worked as in-house counsel for a national manufacturing company where she negotiated contracts and disputes with vendors and customers.

Today, Theresa focuses her practice on employment-related litigation, investigation, and counseling. Her clients include Fortune 500 companies, small companies, individuals, and non-profits. Theresa routinely represents corporations as both plaintiffs and defendants in a variety of employment and commercial contract matters. She also conducts investigations regularly, including complaints related to race, gender, age, and disability discrimination, sexual harassment, hostile environment, conflict of interest, immigration and nationality, and misappropriation of funds both within the United States and internationally. Additionally, Theresa enjoys counseling and advising individuals and small-business owners as their employment needs evolve. Her goal is to find innovative yet practical solutions for her clients.

Theresa was honored by Texas Monthly magazine as a “Rising Star.”

Theresa represented a local business against an international energy company on a trade secret claim.

Theresa represented an international energy company against a former head of U.S. operations for misappropriation of trade secrets and raiding a team of key employees.

Theresa represented individuals against an international energy company in a breach of contract matter.

Theresa represented physicians in a non-competition matter against their former partners.

Theresa represented an international drilling company in a non-compete case involving theft of trade secrets, the improper solicitation of the company’s key employees, and breach of contract related to the acquisition of a multi-million-dollar business unit.

Theresa represented a small-business owner against a former employee in a contract and discrimination case.

Theresa represented a local non-profit in an investigation of discrimination claims.

Theresa is routinely called upon to advise corporations and individuals in a variety of employment related issues.