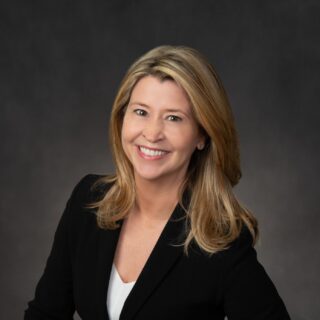 Carolyn is a trial lawyer who specializes in complex commercial litigation. She first began trying cases as a prosecutor with the Harris County District Attorney’s Office after graduating from The University of Texas School of Law in 1994. During her time with the District Attorney’s Office, she first-chaired more than 50 jury trials and successfully argued multiple appellate matters.

In 1998, Ms. Roch began her commercial litigation practice. Since that time, she has represented both plaintiffs and defendants, including Fortune 500 companies and individuals. With her wide array of business litigation experience, Ms. Roch has particular expertise in employment, unfair competition, and securities litigation. Carolyn defends corporations in discrimination, covenant not to compete and trade secret cases, and she represents individuals in executive compensation, breach of contract and wrongful termination cases. Carolyn also conducts employment investigations and routinely handles race discrimination, sexual harassment, FMLA, ADA, and retaliation suits. Carolyn’s securities practice includes representing brokerage firms in recruiting and raiding cases, as well as investor actions before the Financial Industry Regulatory Authority. Carolyn also served as the Chair of the Securities Litigation and Arbitration Section in 2015.

While Ms. Roch is a seasoned trial lawyer, she is also a counselor and advisor to her clients. Carolyn’s insight, diligence, and interpersonal skills enable her to understand her client’s objectives and business needs. Carolyn works to find creative and cost-effective solutions for her clients.

Carolyn practices in state and federal courts throughout Texas and has successfully arbitrated multiple matters. She has been named a “Rising Star” by Texas Monthly Magazine and a “Lawyer on the Fast Track” by H Texas Magazine. Carolyn has been selected as one of The Best Lawyers in America for Employment Law from 2013 through the present.

Carolyn represented an international energy company against a former head of U.S. operations for misappropriation of trade secrets and raiding a team of key employees.

Carolyn represented a health care corporation against its former president in a breach of contract, breach of fiduciary duty, and non-competition case.

Carolyn represented a manufacturing company against a former recruiter for breach of the recruiting contract and solicitation of the company’s employees.

Carolyn represented an international drilling company against a former president for breach of contract, misappropriation of trade secrets, and violation of a non-competition agreement.

Carolyn represented a group of physicians in a non-competition matter against their former partners.

Carolyn represented an international drilling company in a non-compete case involving theft of trade secrets, the improper solicitation of the company’s key employees, and breach of contract related to the acquisition of a multi-million-dollar business unit.

Carolyn represented a bank president in an unfair competition case.

Carolyn represented the president of a national insurance company in a misappropriation of trade secrets, breach of fiduciary duty, and non-competition matter.

Carolyn represented an international drilling company against a former vice president of finance in a non-competition, non-solicitation, and breach of fiduciary duty case.

Carolyn served as counsel for a chief financial officer of a major energy corporation in an executive compensation dispute involving complex accounting issues.

Carolyn represented an energy executive in a Sabine Pilot and defamation action involving the fraudulent booking of oil-and-gas reserves.

Carolyn represented a national securities firm against its former head of commodities trading in an unfair competition, raiding, and tortious interference case.

Carolyn is routinely called upon to counsel individual financial consultants during transition.

Carolyn has served as Texas counsel for a manufacturer of component parts.

Carolyn has served as Texas counsel for a California manufacturer of float valves and assemblies.

Carolyn is routinely called upon to advise corporations and individuals in a variety of employment related issues.

Carolyn has served as regional counsel for a health care corporation.